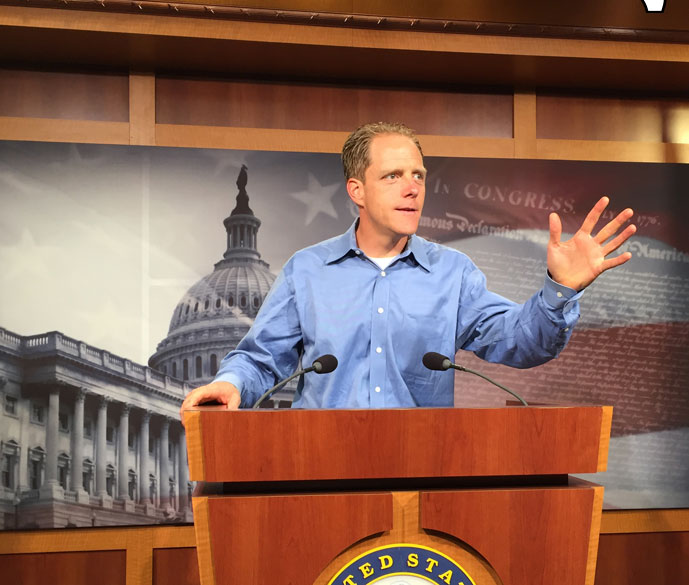 Immediately following high school and before attending college to earn an engineering degree, Jerrod Sessler served as a petty-officer in the US Navy where he learned to put country and neighbor first. Ten years later, Jerrod faced a battle of another kind when he was diagnosed with stage IV cancer. Given a five percent chance to live, Jerrod beat the odds and has been healthy ever since. Jerrod credits his miraculous recovery to the grace of God, the love and support of his wife and family, and to the power of eating his greens.

Now Jerrod is determined to serve his country once again, this time as Central Washington’s 4th District representative in congress. With his commitment to upholding the Constitution, Jerrod is driven to bring his America-first approach to Washington on behalf of his fellow Central Washingtonians. Jerrod will defend the families and farmers of Central Washington to stop a bloated government bureaucracy and an out of touch leftist minority from wreaking any more havoc on this great nation.

The Opioid crisis as it relates to the Border

What is the purpose of the U.S. military

Who Makes the Decisions About the Education of Our Children

Should We Breach Our Dams

"Remember that we are on an adventure inked by grace"